No one will ever be able to understand the significance of the late Peter Johns’ contribution to my life through his radio show because unless you listened to him and marvelled at his delivery, its going to be hard to make you understand. 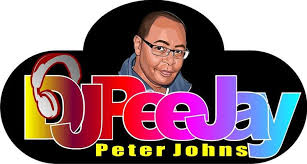 I equate that to telling our kids about Mike Tyson and how a beast he was in the ring but then unlike Iron Mike, Peter Johns is not largely recorded and most of his radio shows will not be listened to other than the few that a people will have in their own collections and probably a few more that he recorded in the later years of his radio career in the United Kingdom.

I grew up in a middle income family and there was nothing promised to you. Father and mother worked, but still we never had much of the other good things other kids had like parties, cakes for birthdays, new clothes on the regular, we had very little to get by because dad had to fend for all his five kids and growing demands from the home. All I had to myself where the little things such as my cartoon characters on television, my dad’s vinyl collection and radio shows, which my dad basically introduced me to.

My fondest memories of when I was a kid and my dad was when we would sit together and listen to prominent radio presenters such Admire Taderera, Josh Makawa, Wellington Mbofana, Comfort Mbofana, Fungai “The Voice” Marange, Musi Khumalo, Kudzi “Mr Cool” Marudza, Witness Matema, Hosea “The Hitman” Singende, Busi Mhlanga-Chindove, etc and off course Peter Johns who when I was in my budding teens in the nineties introduced me to a world of music that I treasure up to today.

I would imagine myself presenting on radio, talking to the listener and off course lots of give aways for them. Back then, radio was the sweetest joy for a boy stuck in the house for most of his life. Even if I wanted to leave the house, there was just so much to miss that it didn’t make real good sense going out to indulge in kids things.

I lost (in a good way) most of my childhood experiences to TV and radio and I owe much of my understanding of music and the treatment of such to radio presenters like Peter Johns. His presence on the then Radio 3 assured me that I too could eventually become like him and that the world was full of opportunities for young black kids such as myself.

Peter Johns had the utmost respect for his art and here is why, I believe that everyone can play music, chose a couple of tracks, the ones that you love but very few can put brilliant words well crafted and out of this world imaging that many a radio presenter can only dream off, especially in Zimbabwe.

He had the gift of introducing a song that could have easily bored you to death and needing a week to acquire a taste and make it instantly appeal to you. It is one trick that has eluded me as far as I have been behind the mic and till today, many presenters can only attain below 15% of the skills that Peter Johns brought into the game with his voice, his music, the imaging, the passion and above all things the love he had for radio production.

In the many that are present today, we lack pockets of the many things that Pee Jay had because there seems to be many distractions. Instead of fighting hard to keep the love for radio in the homes of many, we are basically giving folding our arms and giving room for the many distractions such as the internet, cellphones, mobile music machines to overtake and destroy this much needed platform for the masses.

In a way, today’s radio should be embracing all these changes and advancements to remain rooted as the medium that connects and educates the masses especially in a world where there is too much fake news, deception and false information being sold to users. With radio nobody has ever been made to sign up and share information while it has been a clear platform for ‘edu-tainment’ with somebody else paying for it and never the end user who even in worst cases, even pays with their souls.

I met up with Simon Parkinson, a former Radio 3 dj who worked ten years with the late radio presenter. When Simon “Mahobho” Pakinson was doing the breakfast show, Johns was doing the mid afternoon show from 12 to three. For a brilliant decade, they worked alongside each other, sharing ideas, music and forming a somewhat formidable team that not only entertained but put their skills onto the world stage.

I interviewed Parky on my mid afternoon show at Capitalk 100.4 FM and here is what he had to say,

“He was someone who changed the face of radio, he was fresh and on top of his game and had the best music and the thing I remembered the most was that he the most wonderful imaging.. those bits in between..”

Peter Johns was a master at the craft and more often today we see a lot of egos. There is just a lot of bravado and very little work put in. Too much of politicking to get onto slots and favours while radio’s true delivery has been cast aside because of these ills. There is very little working together and much more of lone rangers hoping to amass as many listeners as they can in sometimes the bad way.  The ability to feed off each other is slowly falling away and the type of a radio jockey just like the late Peter, are slowly fading away from existence.

I finally got a shot to have a gig on radio back in ’04 at Spot FM Radio, formerly Sport FM, formerly Radio 1 where I did the odd jobs that nobody wanted. Collecting newsworthy items and packaging them on reel tapes. My programmes would be broadcasted on certain intervals and never live. Eventually I moved up the ladder and started getting education on how to do a live radio show and winged it before getting a regular slot at the station before moving on to join Power FM, formerly 3FM and originally Radio 3 where the late used to work. It was a humbling experience for me just to work in the same building as Peter Johns and at times bump into some of his old radio show recordings in the Music Library at Pockets Hill Studios.

It’s sad to note that it has all been downhill ever since these greats left.

I will always treasure his influence to my career as a radio host. He had the ability to go above and beyond the tools he was given and the understanding that radio production is beyond the fame and is a responsibility to protect and educate the citizen. Just like the police, the minister and everyone in a public office, our hearts should be the people first. 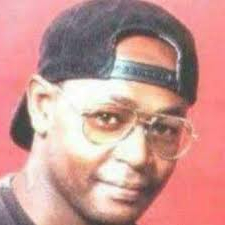